Luminescence emission is a multidimensional phenomenon comprising a time-domain layer defined by its excited-state kinetics and corresponding lifetime, which is specific to each luminophore and depends on environmental conditions. This feature allows for the discrimination of luminescence signals from species with a similar spectral profile but different lifetimes by time-gating (TG) the acquisition of luminescence. This approach represents an efficient tool for removing unwanted, usually short-lived, signals from scattered light and fluorescence interferents using luminophores with a long lifetime. Due to the emergence of time-resolved techniques using rapid excitation and acquisition methods (i.e. pulsed lasers and single-photon timing acquisition) and new long-lifetime luminophores (i.e. acridones, lanthanide complexes, nanoparticles, etc.), TG analyses can be easily applied to relevant chemical and biochemical issues. The successful application of TG to important biomedical topics has attracted the attention of the R&D industry due to its potential in the development and patenting of new probes, methods and techniques for drug discovery, immunoassays, biomarker discovery and biomolecular interactions, etc. Here, we review the technological efforts of innovative companies in the application of TG-based techniques.

Among the many currently available biomarkers, circulating microRNAs (miRNAs) have received attention since they are highly specific and sensitive to different pathological stages of numerous diseases and easily accessible from biological fluids. qPCR is a powerful and routine technique used for the detection and quantification of miRNAs, but qPCR may introduce numerous artefacts and low reproducibility during the amplification process, particularly using complex samples. Thus, due to the efficiency of TG in separating short-lived sources of fluorescence common in biological fluids, TG is an ideal approach for the direct detection of miRNAs in liquid biopsies. Recently, great efforts in the use of TG have been achieved. Our contribution is the proposal of a direct detection approach using TG-imaging with single-nucleobase resolution. 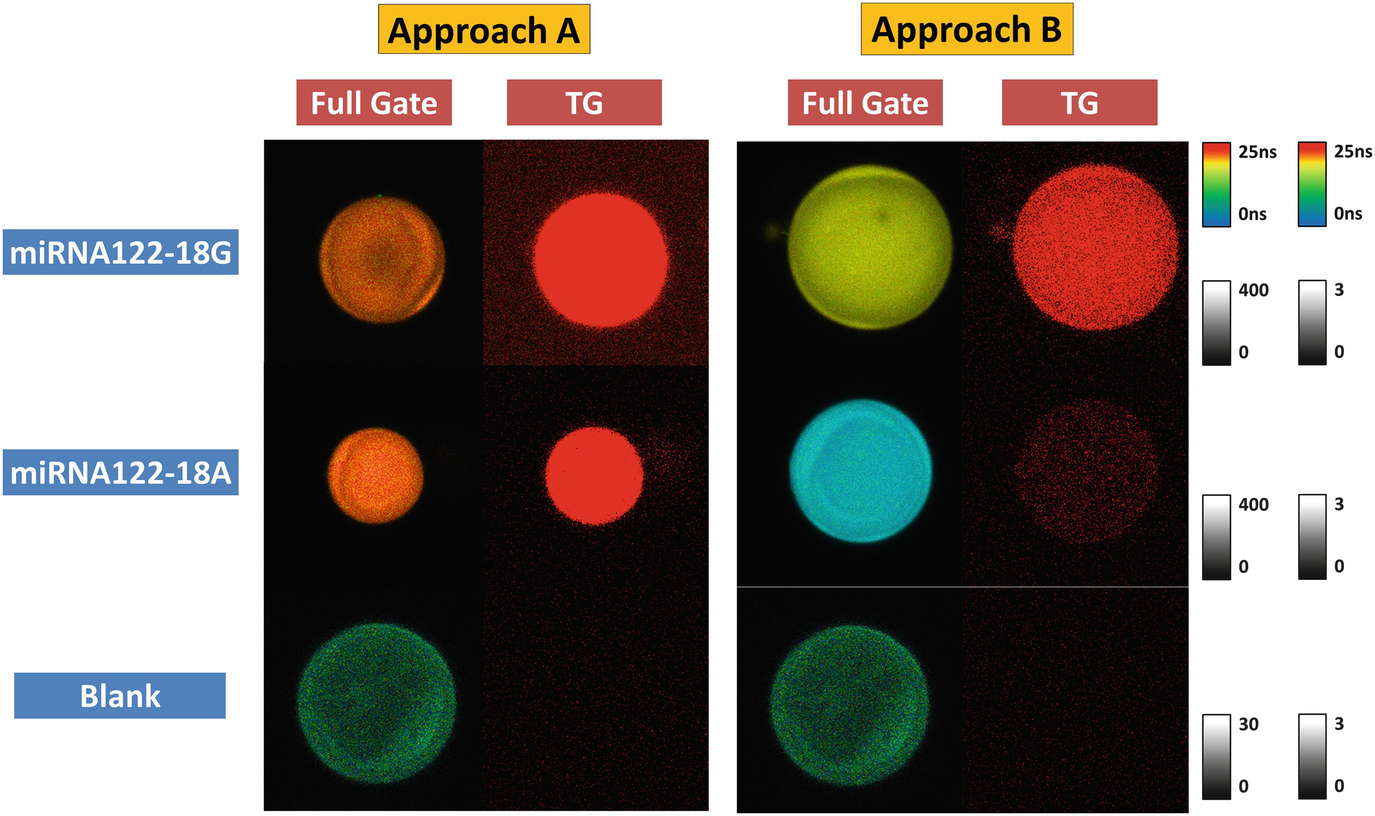